Sometimes a boxer needs to throw the right combination of punches to knockout his opponent. Similarly, a combination of factors is needed to cause a crippling gout attack during sleep.

Uric acid levels are probably very high for gout to strike at night. This post explains why certain conditions during sleep can raise uric acid levels passed the tipping point for gout.

When breathing slows down during non-REM sleep, airways get smaller and the lungs expand less. As a result, the lungs inhale less oxygen and release less carbon dioxide.

The kidneys are needed to lower the high acidity and to maintain a normal blood pH level. To do so, they reabsorb bicarbonate (alkaline) ions back into the blood and transfer hydrogen (acid) ions into urine. As a result, acidity decreases in blood, but increases in urine.

Unfortunately, this natural process does not bode well for gout sufferers. Why? Uric acid is less soluble or harder to absorb in very acidic urine. Thus, more uric acid remains and builds up in the body while sleeping.

Obstructive sleep apnea is a disorder when the throat closes and breathing ceases temporarily. This choking action can last 10 to 30 seconds and occur hundreds of times during sleep.

Normal blood oxygen level is 95-100%. Sleep apnea can cause oxygen levels to fall well below 90%, which is considered harmful. This nightly oxygen deficiency and carbon dioxide overload can cause chronic or acute respiratory acidosis.

However, not everyone with sleep apnea gets gout. Many people the condition can still sufficiently eliminate uric acid.

A major UK study in 2018 claimed patients with sleep apnea were twice as likely to develop gout compared to those without. However, in 2020, a different research team determined the percentage of gout attacks between the two groups was about the same after excluding lifestyle and health conditions.

A 2021 Australian study accounted for age, body mass index, gender, alcohol consumption and arthritis. Sleep apnea participants who were male and had at least one alcohol drink per day were twice as likely to develop gout.

Just like breathing, heart rate slows down during the sleep stages before REM sleep. In deep sleep, blood pressure drops and heart rate falls to about 30% below normal resting.

The heart and circulatory system become less efficient as you get older. The lack of movement during sleep also plays a role in reducing blood flow. Naturally, the blood flow during sleep is worse in individuals with existing poor circulation.

Relative to gout, excess uric acid gets left behind in joints because of slower blood flow. Ankles and toes are more susceptible to gout flares because it is harder to pump or move blood furthest from the heart.

Oddly enough, an awkward sleeping position can affect circulation to the lower extremities. It may not seem obvious when your foot or toe is pressed against your other leg, a heavy pillow, a tucked sheet or someone else.

The body gets cooler from the slower breathing and blood flow during sleep. Body temperature drops about two degrees in typical sleep conditions. Keep in mind, the change in temperature coincides with the release of the sleep hormone melatonin.

A difference of two degrees may not sound much. However, think of how you feel with a fever just two degrees higher than the normal body temperature of 98.6F degrees.

Per gout, a lower body temperature makes uric acid difficult to absorb and move in the blood. Plus, low temperatures promote conditions for uric acid crystallization.

“Reduced solubility of urate at lower temperatures has therefore been suggested to account for the occurrence of gout at cooler distal joints such as the foot-ankle complex.”

The combination of slower circulation and lower body temperature make the feet and toes prone to urate crystal buildup during slumber. Consequently, a higher possibility of gout sneaking up at night.

Dehydration is when you regularly lose more water than you can replenish. It complicates several bodily functions. The human body requires a certain amount of water to perform optimally.

Dehydration is a well-known cause of gout. Less water in the blood leaves higher concentrations of uric acid and toxins in the body. Secondly, without enough water the kidneys cannot completely filter out uric acid from blood and transfer to urine.

During sleep, the body continues to lose water through breathing and sweating. An average man loses about two pounds per eight hours of sleep. If 83% of the weight is water, then the amount of fluids lost every night can be over 1.6 liter (25fl oz.)! Plus, a hot and humid bedroom can increase this amount.

If you are currently dehydrated, the water loss during sleep becomes more significant . This is another reason why gout strikes at night.

Imbalance of Cortisol and Melatonin

During a good night’s sleep, slow breathing and less movement free up energy for the immune system to focus on other tasks. The body spends this time to recover and repair itself.

Two hormones, cortisol and melatonin are necessary for proper sleep. The circadian rhythm, or sleep cycle, controls both hormones via the immune system.

Cortisol is an anti-inflammatory hormone. It is released in response to mental or physical stress. Normally, cortisol levels are lowest during sleep.

A very low cortisol level leads to weaker anti-inflammatory responses, which allows rapid inflammation and pain. This can contribute to gout attacks at night.

When you are continually stressed out, your cortisol levels remain very high. Long term affects may lead to a cortisol dysfunction where the body starts to resist it. Consequently, chronic inflammation develops and increases the risk of a gout attack.

cbdMD CBD PM Capsules w/Melatonin – Get all the benefits of CBD and Melatonin in one softgel from a well-known manufacturer! Click for discounted price.

Melatonin is a hormone that promotes sleep at night. The amount of melatonin increases at night to support a healthy sleep-wake cycle.

“The finding that melatonin countered the effects of excess uric acid at the low concentration of 10 nM, which can be obtained from consumption of fruits, vegetables, and red wine (a Mediterranean-like diet), is of practical interest and also warrants further interrogation.”

If melatonin gets too low, pain and swelling can develop faster especially at night. These are causes of melatonin deficiency:

When melatonin is high, cortisol should be low and vice versa. Other functions, not just sleep, falter when the hormones are out of balance. Both are major players for the immune system when responding to uric acid and symptoms of gout.

How To Stop Gout Flares At Night?

Be aware of how much or little water you drink every day. Drink plenty of water during the day to compensate for the water loss at night. Target at least 48-64oz daily depending on your size. Remember to rehydrate more on hot days and after long workouts.

A toasty bedroom, a heavy blanket and clothing will cause you to sweat more, which increases dehydration.

Get tested for sleep apnea

Snoring excessively, choking frequently while asleep, and waking up tired after a long sleep are signs of sleep apnea. More oxygen and less carbon dioxide not only keeps kidney healthy, but limits respiratory acidosis.

Maintain a routine bedtime and length of sleep

Routinely hitting the the sack at a set time for at least seven hours develops a healthy circadian cycle or internal clock. Proper melatonin and cortisol levels are necessary to slow down inflammation and uric acid formation.

Take medication in the morning

Certain medications cause water loss. Taking these medications at night increases dehydration while you sleep. Check with your doctor which medicines can be taken in the morning.

To satisfy late night cravings, eat fruits or nuts. They make urine less acidic, which helps the kidneys flush out uric acid. Eating meats and sweets cause urine to become more acidic. These are unfavorable late night snacks, especially since the kidneys are least active.

Just like boxer on wobbly legs, a gout attack at night means you are at the edge of dangerous uric acid levels. The right combination of shots will cause a knockout. The same as specific sleep conditions or disorders increase uric acid levels at night. Gout sneaks up at night when your guard is down.

A combination or all of these factors contribute to how your body gets rid of uric acid. The amount of excreted uric acid depends on pre-existing conditions and lifestyle.

During my oblivious days, gout attacks hit me more often at night. Bad habits and bad diet equals poor health. Once I decided to make small improvements, like cut down on soda and rehydrate routinely, night time gout attacks stopped.

Frequently waking up in the middle of the night because of gout pain is an experience only gout sufferers can relate to. Consider it a red flag. It’s time to start making healthier choices. Sometimes all it takes is a couple of small changes in eating habits to prevent gout attacks at night. The goal is to never get gout again at any time, and become totally GOUTPROOF!

Recommendation: To learn more about all the intricacies of sleep, the Sleep Foundation website is an excellent source of information. 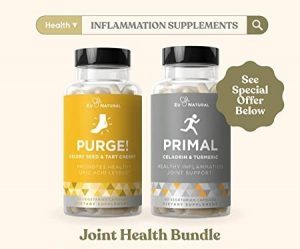